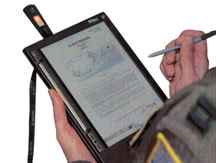 The  once-familiar A/FD (airport facilities directory) printed booklets are giving way to the digital versions which most pilots are already using, either online or accessed through various digital applications. With the advent of GPS, auto road maps have all but disappeared. Are Aeronautical charts the next to go? .In June 2015, the FAA announced that it would no longer produce WACs maps, but following extensive discussions with AOPA, the FAA announced it will produce an Alaska VFR Wall Planning Chart and produce two new Caribbean VFR Aeronautical Charts. 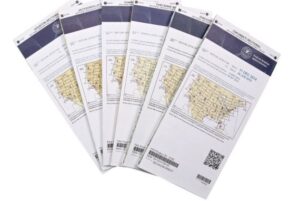 While not all pilots fly with an iPad, surveys show that a significant majority of them do. That means electronic flight bag (EFB) apps are now the primary source of chart data in aviation, and these apps are changing the very definition of “chart.”

This change is a reaction to declining paper chart sales, but the result will probably be even lower chart sales. Since the FAA has been subsidizing the cost of charts for years, prices will look certain to go up; in particular, approach plates may double in price this fall. Other charts could disappear as volume declines and it no longer makes sense to fire up a printing press for small quantities. The WAC chart has met this fate already.

Last year the FAA implemented a significant change to its distribution model, shifting responsibility from the federal government to private companies which to print and distribute charts to retailers. Flight schools immediately ran into problems when they were required to purchase and sell a quota of the paper products, often into the thousands of dollars. So much for reducing costs by “privatizing”.

Jeppesen, one source for aviation charts, has moved to a print-on-demand model, where they only print the charts as they are ordered, instead of stockpiling huge quantities of paper charts. They certainly aren’t abandoning paper, but it’s clear the future of their business doesn’t involve millions of pages of paper.

So now, in the very near future, we can expect that the the Aeronautical chart will join the phone book in Cellulose history. Hold on to that last one just to show your grand kids how it was in the “old days”. Personally, the older I get the more I prefer digital zoom over digging out a magnifying glass while juggling a large folding map. I much prefer the familiar magnifying glass icon next to the “search” box.

Most car and truck drivers, except for a few idiots, would not dream of blasting down the highway or busy city streets with their noses buried in a large format road map – they either pull over to the side to study the map, or have a “navigator” riding shotgun to give directions to the driver (Duane)