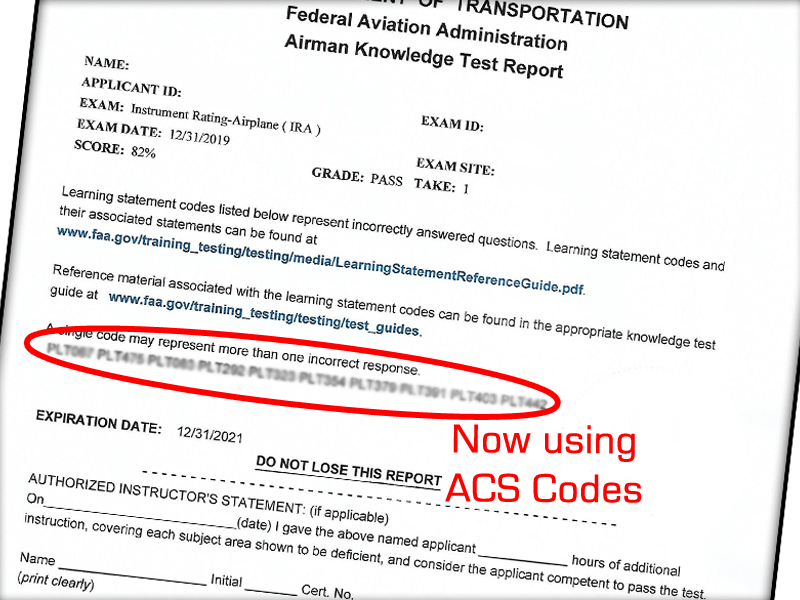 The FAA is finally making the expected transition from the old PLT codes (Pilot Test Standards or AKTR) to the more detailed ACS (Airman Certification Standards) report codes.  The FAA will be holding a webinar on November 18th to announce the change.   Sign up for the webinar can be found at FAA.Safety.Gov (Wings)

The webinar will cover the reasons for changing from PTS to ACS as it affects: