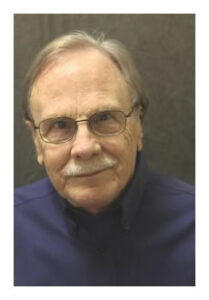 Tim Trott has been a small business owner since leaving a career in radio and television broadcasting. Tim operated sound systems contracting and security and fire alarm business in the Orlando area before moving to the Florida Panhandle in 1994.

Tim was one of the first 400 applicants to be granted an exemption under Section 333, passed the FAA Remote Pilot Certification on the first day it was available and also passed the FAA’s Fundamentals of Instruction (FOI) exam. He has helped over 900 students to pass the FAA written exam for the Remote Pilot Certification under Part §107 with his classes, e-books and online training.  In addition, Tim also holds a Student Pilot license and is a past or current member of the Airborne Public Safety Association, Aircraft Owners and Pilots Association, the Academy of Model Aeronautics, and the Association for Unmanned Vehicle Systems International, and the Academy of Model Aeronautics .

Tim has also qualified as a member of the FAA Safety Team, specializing in UAS topics.

Mr. Trott has been a contributor to and has been featured on and has contributed interviews to various podcasts, including The UAV Digest and Drone Radio Show. He also participated in the beta testing of the Verifly and AirMap mobile apps.

Tim Trott has authored a small number of books currently available on Amazon.com, including UAS 107 Study Guide for the FAA 107 Drone Exam as well as “Out of the Blue: The Life and Legend of Kirby-Sky King- Grant”, the actor who starred in the 1950’s television that is acknowledged to have inspired aviation careers, from airline pilots to NASA astronauts.

Tim Trott has taught UAS classes at various locations around the country, including Florida, Texas and Massachusetts.

Mr. Trott is married (1967) and has one daughter and one granddaughter.

As featured on the podcast, Drone Radio Show # 51 – Listen here 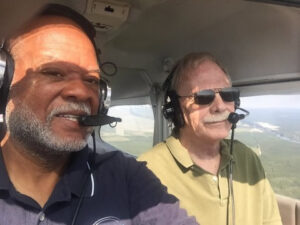 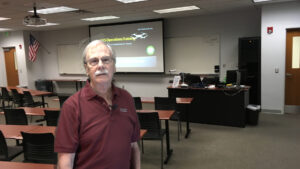