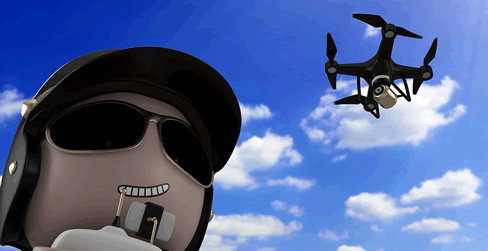 FAA AC 91-57B  is of interest to hobby drone operators and law enforcement responding to drone complaints. The updated Advisory Circular includes a number important changes.

This issue has the hobby community in an uproar. It implies no more drone videos of beaches, parks or other “interesting places”:

For now, recreational flyers may fly in controlled airspace only at fixed sites specifically authorized by the FAA, which are posted at the FAA’s interactive map on the UAS Data Delivery System. On the map, small blue circles depict the location of these sites in controlled airspace, and the altitude limits imposed on those sites. The altitude restrictions are derived from the UAS Facility Maps (UASFM) which form the basic structure of the Low Altitude Authorization and Notification Capability (LAANC) and its operating procedures. Recreational flyers can access site-specific information by clicking on the blue circle. Recreational flyers may also refer to the actual airspace authorization and a list of sites on the FAA’s UAS website at https://www.faa.gov/uas/.

The advisory also notes that these sites have existing letters of agreement (LOA) with the FAA. For the CBO to operate in controlled airspace, an agreement between the CBO and the FAA must be in place. Certain sites may have access restrictions or other operating limitations, which are available from the site sponsor.

Hobby drone operators may no longer “call the tower” for permission to fly near airports. That got replaced with the online LAANC function.

It’s important that law enforcement involved in responding to drone complaints as well as those operating UAVs for recreational use should download and carefully review the advisory circular.