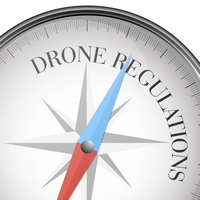 RaceDayQuads Owner and CEO, Tyler Brennan (Orlando) points out that the FAA deleted model aircraft language that had existed in Part 101.

In his view, this means two things: First, the FAA has “Model Aircraft”, which in most every case an FPV drone would be classified as, top of mind. There is no guarantee what this means, but my personal opinion is that this implies the FAA will have “Model Aircraft” specific guidance in the upcoming rule, and that in preparation for that they are making a couple regulatory moves. Hopefully, this is something to the effect of “Model Aircraft can continue operating as we have been below X AGL altitude”, and obviously NOT something like “Model Aircraft can only operate in a FRIA”. We have not seen anything definitive enough to make us think one is more likely than the other… one is how we’ve been operating for a hundred years and what common sense and most of the 50,000+ comments asked for, and the other is how it is written in the NPRM.