Deputies were called to 2405 Britt Road in Mount Dora on Sunday to investigate a possible burglary. After clearing the building, deputies deployed a drone to clear the rest of the property. That’s when deputies said they heard two shots ring out to the south of their location.  Deputies said Goney admitted to firing the shot and stated that he thought the drone was trying to harass him.

Goney, according to deputies, stepped outside and fired two shots with a .22 cailber rifle. Goney told deputies he returned the rifle to his residence when he saw the drone falling to the ground. Deputies placed Goney under arrest, and he was transported to the Lake County Jail.

A drone is an aircraft, and after facing local charges, it is likely the suspect will also be facing federal felony charges.  The Federal Aviation Administration has said that shooting down a drone is illegal under the same federal aviation laws that make it illegal to shoot down a crewed aircraft.

Next
Tags
drone shot downlake county sheriff drone
About The Author
Tim Trott Tim Trott has a long history of association with aviation. His father was a glider pilot at one time. Tim grew up with the Sky King television program and later met Kirby Grant after the TV star retired to Florida in the 1970's. Many years later, with the assistance of Kirby's wife and son, Tim wrote "Out of the Blue - The Life and Legend of Sky King". When drones began to become popular, Tim bought an early DJI Phantom. When drone licenses were required, Tim took and passed the drone test in the first hour of the first day it was offered. He later went on to develop a series of training courses and was certified as an instructor by the Florida Department of Law Enforcement, teaching first responders around the country, from Boston to Houson and from Lansing to Ft. Lauderdale. 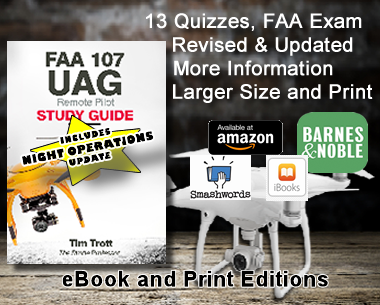