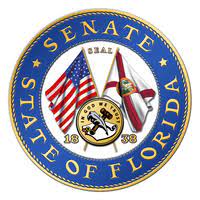 Current Florida law prohibits the use of drones to capture images of private property.

Sen. Manny Diaz’s bill to allow state agencies and local governments to use drones to assess damage after natural disasters flew through the Senate Wednesday.

The bill (SB 518) earned unanimous approval from the full chamber in a 40-0 vote. The legislation would expand the authorized use of drones in response to natural disasters including hurricanes, wildfires and floods.

“The bill is very carefully crafted and really designed to help the Department of Emergency Management survey damage from a natural disaster,” Diaz said at a previous committee meeting. “It’s oftentimes hard to reach some of the damage, especially in a wildfire, and even in hurricane. If you have blocked streets, loss of landmarks, it’s hard to get a far scope of the damage that has gone on.”

Current state law prohibits individuals, state or local entities from using a drone to capture images of private property in order to protect a person’s reasonable expectation of privacy.

However, those prohibitions are subject to exceptions, and the bill would add an another to allow state and local entities to use drones as part of natural disaster response. Diaz previously described the bill as a “very narrow exception” to the statute.

Rep. Alex Andrade filed the House version of the bill (HB 433), which is awaiting a hearing from the House.

This proposal isn’t the only measure this year that handles state rules on drone use.

Sen. Tom Wright, chair of the committee, is sponsoring legislation that would allow law enforcement to use drones for tasks including traffic management, evidence collection and crowd monitoring.

The bill (SB 44) cleared the Senate floor in a unanimous vote back in March, and is now headed to the House.