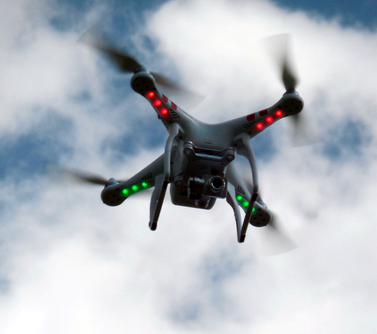 The comment period on the FAA’s Notice of Proposed Rulemaking on its rules for drone operations has ended and 899 comments were received on the highly detailed document.  Here are some of the comments submitted by some of the prominent drone organizations:

In its comments to the FAA, the Association for Unmanned Vehicle Systems International (AUVSI) argues that the proposed rules for flying over people are “too restrictive and [do] not consider the safety or societal benefits of the technology.”

Instead, the association believes the agency should follow a two-step approach: first, through a “revised framework that provides certainty for operators, such as safety compliance based on relevant standards and aircraft reliability, and permits operations over moving vehicles,” and second, through “new, performance-based regulations that more appropriately account for the low risks posed by UAS operations, backed by available data.”

DJI says it is opposed to the proposal to prohibit flights over moving vehicles, which, for example, could pose “unjustified restrictions on the use of drones by public safety organizations.”

DJI focuses on the NPRM’s creation of a Category 1 for drones weighing under .55 lbs., which could be flown over people “without any special modifications or testing,” the company explains. However, it believes this weight limit – which was chosen in 2015 for the FAA’s drone registration requirement – is too low and should be doubled, at least.

For drones in Category 2 and Category 3, DJI argues that the requirements are “overly conservative.”

“The FAA proposes to set as the standard to injury caused to a person by a ‘rigid object’ impact that transfers 11 ft.-lbs. (Category 2) or 25 ft.-lbs. (Category 3) of kinetic energy,” says DJI, which explains that the FAA has said these numbers are “the same as those set for debris and shrapnel impacts from a commercial space launch operation, guided and unguided missiles, missile intercepts, and space re-entry vehicles.”

“This is not the appropriate standard for small drones because no small drone has the characteristics of rocket shrapnel, and the FAA’s injury studies are based on outdated studies from the 1960s.”

Instead, the drone manufacturer suggests the FAA should look to research from the Alliance for System Safety of UAS through Research Excellence (ASSURE).

Regarding the ANPRM, DJI notes it does not support the creation of “specific minimum stand-off distances between drones and people or property”; “new altitude, airspeed or other limitations in Part 107”; or “small UAS design requirements.”

However, it supports the use of UTM when it comes to “advanced operations that cannot be safely conducted because they are outside the pilot’s visual line of sight or involve autonomous or multiple-aircraft operations.” Although when it comes to “basic safety or security needs [that are] most directly within the judgment of the pilot in command,” DJI argues that UTM is not suitable.

In its comments, the Academy of Model Aeronautics (AMA) underscores the need for the FAA to “account for the differences” between model aircraft and drones (i.e., hobbyist and commercial) when it comes to rulemaking.

“Our position is simple: Model aviation has introduced no new risk into the airspace and, therefore, should not be subject to new regulations,” the group writes. “We urge the agency to take into consideration the existing safety guidelines for modelers and account for the fact that model aircraft and commercial drones are not the same – the FAA cannot and should not take a one-size-fits-all approach to regulations.”